The Oracle Owl (Bubo ignavus maiusculus) the Awakened cousin of the European eagle owl (Bubo ignavus), is the largest European owl, standing at almost a full meter in height and weighing 6.5 kilograms on average. It has light brown plumage, with yellow-brown feathers on the ventral surfaces and white feathers on its chest. Its most distinct feature, however is the fact that it appears to have large ears, due to white feathers extending from the eyes like long ornate eyebrows. Its eyes are even more well-developed than a typical owl.

Like other owls, it is a nocturnal carnivore that feeds on small mammals and reptiles. Its wing structure and feathers allow it to have nearly silent flight. Typically, Oracle Owls are territorial and solitary, although small groups of owls can congregate to protect females. They have highly acute senses, to the point that it seems that they could have precognitive abilities. They also appear to have both innate and active magical ability, with the ability to cast spells, detect magical disturbances, resist magic, and control non-Awakened flocks of birds. They also have a peculiar habit of forming symbiotic bonds with individual metahumans, providing companionship and warnings in return for food and protection. Their spellcasting ability combined with the relationships they have with metahumans have been the center of debate over whether or not they are sentient.

The destruction of their natural habitats combined with their low fertility have made the Oracle Owl a rare and endangered species, protected by almost all European countries. They are found throughout Southern and Central Europe, especially in Greece and Italy. 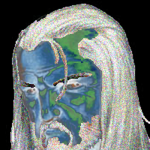