The Scandinavian Union is a state alliance of the four Scandinavian countries Sweden, Norway, Denmark and Finland according to the model of the European Union. The union is member of the NEEC.

It was initially founded in the aftermath of the Crash in 2031. Finland joined the Union merely because of its fear for the Russian invasion at the beginning of the Euro Wars.

The Union has only two land borders, once a long border in the east with the Russian Republic and then the southern border with the ADL. It is bordering both the Atlantic Ocean, more precisely the sub-seas North Sea and European Arctic Ocean, the Baltic Sea and the Arctic Ocean. This also makes it a direct neighbor of the Trans-Polar Aleut Nation, the Baltic States as well as Poland and Königsberg.

The Scandinavian Union was formed by Sweden, Norway and Denmark in 2031 out of economic hardship after the Black Flood disaster (2011) and the 2029 crash, in which an omnipotent virus devastated all computer systems on the old Internet. Finland joined mainly out of fear of its bellicose Russian neighbors, which promptly proved itself in the euro wars between 2031 and 2033.

In addition to coordinating a common security policy, the merger was primarily intended to help rebuild the economy destroyed by the crash ... However, each of the member states retained a strong internal autonomy, and Finland nationalized most of the large national corporations (including Erika, which resulted from a merger of the Telecommunications giants Nokia and Ericsson emerged in 2019) ...

In 2063, both Estonia, which was already economically closely linked to Finland and the rest of the SkandU, and supposedly Iceland wanted to join, but this was very controversial in Parliament and the Council of the Union.

After a nuclear explosive device detonated in the Walhalla base of the Winternight terrorist group in Haparanda during the course of Crash 2.0 and the subsequent system failure, which caused the crash together with the dissonant Otaku from Ex Pacis led by Pax 'and an EMP bomb over Stockholm The situation changed drastically: Stockholm - formerly a paradise compared to other plexes - also suffers from the worst background radiation and other effects over 5 years later, even if it was one of the first places where a wireless matrix was running . Helsinki, the home of the Erika Group and with it the wireless WiFi matrix, on the other hand, has set itself at the forefront of SOTA in a rapid development in the new, networked world with all-encompassing augmented reality.

One of the largest extra-territorial AA mega-corporations is Erika, which was first nationalized in 2031 on the advice of Anders Malmsten and then privatized again after the Euro Wars. In the 2060s, Erika became known for starting the Wireless Matrix Initiative. After the crash of 2064, Erika first merged with Transys Neuronet to become Transys-Erika and shortly afterwards with Novatech to form NeoNET. Within NeoNET, however, Erika continued to exist as an independent unit and after NeoNET ended, Erika again went her own way.

There is also the Danish AA group Mærsk Incorporated Assets, which enjoys extraterritoriality in all EU member states except Finland. Mærsk's influence also continued to grow when they took over the Norwegian mechanical engineering group Kværner ASA in 2060 and incorporated it as the new subsidiary Kværner-Mærsk.

In Norway, an extremely large number of AA mega-corporations have extraterritorial status: a total of 15 (in addition to the big 8) - including the AG Chemie and Ruhrmetall.

Tyr Inc, a - non-extraterritorial - police group, which also oversees the penal system in Denmark, plays an important role in the smallest country of the Scandinavian Union, which has been most damaged by the Black Flood, and also puts prisoners under its control for disinfection work in the swamped Jutland. Tyr was also taken over by Mærsk after the technomancer crisis in the early 2070s.

The Union oversees foreign and trade policy while leaving the member states to manage their own internal affairs and has managed to keep the megacorporations are a slight leash through careful negotiations on how they accepted the Business Recognition Accords though progressive rounds of renegotiation, held every four years, constantly changes this balance. 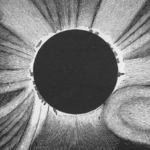