In December, 2078 the Seattle Metroplex was gearing up for its first ever Special Election held outside of the normal election cycle.[1] The reason for this is because the previous Governor, Kenneth Brackhaven, responded to a new grand jury empanelment by liquidating his assets, packing up and leaving town just before the regularly scheduled November elections.[2] Of course this threw the entire sprawl establishment into chaos. The gubernatorial election was postponed a few months to (Presumably) give the Republican Party time to nominate a new candidate and give the other candidates, and the megacorps, an opportunity to respond to the new political situation.

How We Got Here

So what led to Governor Brackhaven walking away from his life in Seattle and fleeing to a private island in the Caribbean League?[3] The word is that District Attorney Dana Oaks finally got her hands on the hard evidence she needed for a grand jury indictment to stick.[2] Emile Corrigan, the governor’s Chief of Staff, had been collecting documents for years that prove Brackhaven's involvement in hundreds of crimes.[4] He Turned State’s Evidence earlier this year and handed his "insurance policy" over to DA Oaks as part of a plea deal.[5] The charges against Brackhaven primarily include his involvement in the Operation Daybreak Scandal as well as the Parker-Quinn Embezzlement Scandal, the Edmund Jeffries Disappearance, the Sunset Vacations ad-buy scam and the cover-up of the Copycat Mayan Cutter Murders along with another dozen less well-publicized scandals. The history of all these various scandals start way back in 2072 and most have their roots tightly interwoven with Project Freedom and Proposition 23. So if you really want to understand how the entire affair developed, you’ll have to look over the Operation Daybreak / Project Freedom Timeline.

Where Do We Go From Here

The Election - After Brackhaven’s abrupt departure, Seattle descended into a half-year of turmoil. The Commissioner of Public Works, Natoko Munakata was sworn in as interim governor, but she made it clear that she was not interested in a regular term as governor and did not put her name forward as a candidate.[2] The megacorps and other powers-that-be were caught off-guard by Brackhaven’s exit. They were expecting him to maintain the status quo for at least another four years and no one was prepared for his abrupt departure. In fact none or the megacorps (except perhaps Horizon) had even thought to start grooming a successor. The short election cycle also prevented most from vetting the candidates or deciding who their best choice actually was. It also opened the field to some candidates that would never even be on the ballot in a “normal” election year.[6]

So who’s running? Here are the eight candidates, listed according to their standing in the latest December polls.

Runoff and Results - Moving ahead a month or two, past the Special Election itself, after all of the votes had been counted, it became clear that no one candidate would have the majority needed to claim the office. Nikola Taul and Corinne Potter were the two candidates with the highest number of votes so a runoff election between the two was scheduled. After several more months of continued campaigning Seattle voters went back to the poles to make their final choice. When the runoff votes were finally counted, Corinne Potter had defeated Nikola Taul, giving Seattle a Technocrat in the Governor's Office.[7]

The dates for the special election are never actually given anywhere and the details on what lead up to it are vague and sketchy so here is my thoughts and the canon information used to come up the above timeline.

The Cutting Aces post states that this is the first Special Election for the office of Governor but it is in fact the second. (see the 1st Edition, Seattle Sourcebook, Page 18)

Feb 11th, 2036, Four days after the events of the Night of Rage Governor Victor "Vic the Quick" Allerson, after being blamed for many of the factors that escalated into Seattle's contribution to the Night of Rage, (such as, ordering the Metroplex Guard to round up the city's metahumans and holding them in the waterfront warehouses) was found murdered in his office. A "special election" was held to fill the open office and Marilyn Schultz, Mayor of Bellevue, won by a surprisingly wide margin. 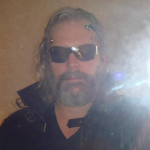