Shadowrun Returns (SR:R) is a PC game funded through Kickstarter (in the period up to April 29, 2012). The game was created by Harebrained Schemes, LLC and original creator Jordan Weisman.

The game was released in July 25, 2013. For Windows/OSX/Linux players, the game is downloadable via Humble Store, Steam or GOG.com.

You receive a call from your old partner Sam. It seems that he's gotten himself killed and now his life insurance goes to you, if you can find his killer. Out of cash and with no other job in sight, you head to Seattle to see if you can crack the case.

Players start with a representative Shadowrun character archetype and are then free to grow their character as they wish, spending Karma points to choose any skill or ability available in the game. Abilities from various archetypes can be combined.[2]

Mages use hermetic magic to cast a wide variety of spells including Acid Stream, Lightning bolt, Manabolt, Blindness, Confusion, and Petrify. Mages can also enhance other characters' abilities with spells such as AP (action point) Boost, Aim, Armor, Ignore Pain, Stealth, and Heal. Lastly, Mages can negatively impact others with spells like Slow, Distraction, Disintegrate, Agony, and Mana Static, which makes it harder to cast magic.

Most facilities have one or more LANs, each with several nodes that control elements of the facility. Using their cyberdecks, Deckers can take control of network-controlled doors, cameras, and even automated weapons. Core LANs may contain the facility's data stores and CPUs, which the Deckers can hack into to steal data or implant viruses. Deckers use special programs to speed their hacking of nodes and reduce their chance of setting off alarms.

When summoning, shamans must invest their own action points into a spirit to control it. The skill of the Shaman and the level of the summoned spirit determine the base chance to do so. If the player attempts to use more action points than invested in the spirit, the chances of losing control of it go up dramatically. A spirit that breaks free from a shaman is a very dangerous rogue entity with a high likelihood of seeking revenge upon the one who summoned it.

As Riggers advance, they can use larger drones, control more than one at a time, and extend the range at which they can use the drones away from their physical bodies. 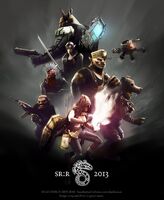 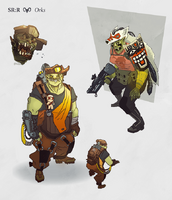 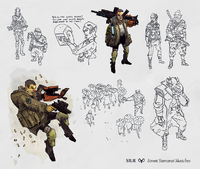 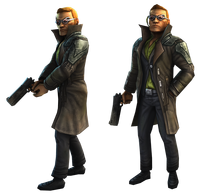 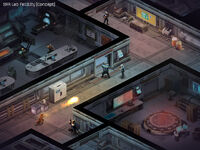 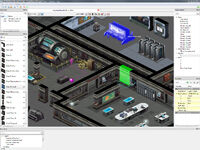 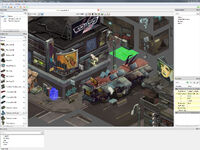